Giveaway of the day — AyRecovery Lite 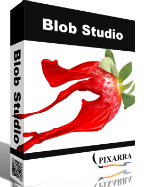 AySpyware Defender is the software which can keep your PC safe from spyware. Detect, block and remove spyware, adware, malware, Trojan horses and other malicous whiсh many antivirus products do not deal with. With AySpyware Defender you will be able to remove spyware infections from your system that have been detected in a scan, or quarantine them into a contained area. The majority of infections that have been quarantined can be restored at a later time whenever you want. Powerful smart shields offer real-time protection by blocking known and emerging spyware threats. Its continuous monitoring stops spyware before it can attack.

AyPC Speeduper is an excellent tool to ,increase your PC's performance by allocating more CPU power to your active applications and games. It is a revolutionary product which enhances processor intensive software to run at even faster speeds. It works by using New Hard-Disk optimization technology that allows your computer to read data at least 30% faster from your Hard Drive and can boost the performance of your PC in the easy way remarkably. Many programs and games often use a maximum amount of CPU power which often leads to the CPU being idle and really useless at all. AyPC Speeduper takes advantage of this by allocating more CPU power to the currently active program/game.

AyRegistry Optimizer is a powerful registry error repair tool, easy to scan, repair, backup and restore your registry. AyRegistry Optimizer plays an important role in running a comprehensive scan through Windows registry,repairing registry errors, invalid entries and obsolete references, and thus dramatically improves system stability and performance. Make your computer just like a new one, just click to download and try it now. The interface of the AyRegistry Optimizer is very simple. You just need to download, install and run it by clicking few buttons following the guide, and own a clean and high performance register.

please i want to do unistall the Ayrecovery. BUT i cant because i don t remeber who is my password. please help me i want to unistall it quikly. thanks

The Good
* Straightforward and easy to use.
* Protects the main Windows partition (C:/) and all logical (non-main Windows) partitions on the hard drive that AyRecovery Lite is installed on.
* Users are allowed to enable/disable protection at will.
* Program can be password protected.

The Bad
* Excludes My Documents from protection - there is no option to have My Documents also be protected.
* Needs to provide better visual notifications that the system is protected and all changes will be lost upon reboot; something like having the option to have some sort of warning displayed right before a reboot occurs, reminding the user all changes will be lost, is needed.

This program caused a blue screen of death, then wouldn't boot but just kept restarting, even when going into safe mode, which wouldn't start as well. Tried F11 to boot into Restore System. Didn't work. Tried again and was given an option to uninstall the software, which I did. Still wouldn't start so had to launch starup repair and finally,after a terrible scare,my computer booted normally. I'll let GAOTD users decide what I think of this software. And please don't block this comment again, it's important and shows GAOTD is fair minded.

There are multiple ways to protect your computer from unwanted changes, each has its advantages and disadvantages. AyRecovery Lite is one of a number of utilities which virtualizes disk access and returns your computer to a particular point in time. I like those types of rollback utilities the least, and AyRecovery appears to be particularly weak even compared to utilities of that type.

Some people wonder why I get angry with some of the regular "reviewers" here. People are free to voice whatever opinion they want about the GOTD offerings. What ticks me off is when people pretend to have technical knowledge which they don't have, and repeatedly spout all sorts of ridiculously inaccurate comments about how programs and Windows works, when they have zero understanding and what they say is completely wrong.

If the Microsoft Installer is used correctly, Windows will obviously recognize that an installation is taking place, which triggers installation tracing actions, and will set a System Restore Point prior to installing. The correct way to uninstall such a program is to run its uninstaller, and then do a System Restore (System Restore is a type of rollback operation, so it should be done soon after the Restore Point is set, or not at all). Third-party uninstallers cannot restore changed and deleted files, for example. I'm also addressing Vista and higher, XP is seriously obsolete and may not restore as well.

If your typical crappy third-party installer was used, you should set a System Restore Point yourself prior to installing. Also, the installer should be copied or renamed to "setup.exe", so that Windows will recognize it as an installer and will perform installation tracing. If the Microsoft Installer was used by a small developer, there's probably about a 70 or 80 percent chance that they did the installation correctly, as most developers who are willing to use it show some competence (not necessarily true for big-name products, who use it to obtain Windows Logo certification). If they used a third-party installer, there's probably at least a 90 percent chance that they did something wrong. This is particularly true for updates, many of which can only be done correctly with the Microsoft Installer.

My preference is a serious disk backup utility, and the only one I recommend is ShadowProtect Desktop. I have mine set to backup my computer every 15 minutes. ShadowProtect Desktop is very fast, the realtime incremental backups typically take less than a second (VSS can take several seconds because Microsoft spins up drives which aren't involved). The bottleneck on most PCs are the disk drives, which is why I upgraded to a solid-state drive and RAID hard disk volumes. ShadowProtect can do a full backup on my PC at 9GB per minute with 40% compression, and can skip free space.

The quickest way to mount a ShadowProtect image is to right-click and select Quick Mount. With my RAID volumes, the image mounts in seconds, ShadowProtect automatically mounts the full and all of the incremental images involved, assigns it a drive letter, and opens Explorer, just as if it were a real disk, with normal access to all of the files. Right-click any of the files/folders and select Quick Dismount to get rid of the virtual drive. ShadowProtect can write to incremental images, automatically creating new chains (using the full Mount). You can mount an image as writeable, and save it truncated to the last used sector (i.e., use a disk defragmenter which consolidates free space at the end prior to backing-up), which permits you to restore to drives smaller than the original. ShadowProtect can run an incremental image in a virtual machine in the same way. Of course, it has Hardware Independent Restore abilities. The ISO contains all standard drivers, has network access and remote access tools, can fix boot records, registry, drivers, etc., has an Explorer-like utility, etc. ShadowProtect understands partition offsets, and you can override anything.

There's an ImageManager for consolidating backups, auto-deleting to conserve space, replicating, etc. Personally, I use Microsoft SyncToy 2.1 scheduled to run at 15-minute intervals so that even my incrementals are immediately backed-up from a RAID volume to an external drive.

The advantage of a real backup utility is that I have near-continuous protection, multi-volume protection, selectable restore points, full image or file recovery, virtual machines, ability to restore to other hardware, etc. As for the price, AyRecovery Lite costs $30, whereas ShadowProtect Desktop with the ImageManager and ISO environment (CD/DVD/BD/USB flash drive, etc.) costs $90. Restoring from a RAID volume to other RAID volumes and/or SSD takes mere minutes. While my SSD is TRIM-enabled under Windows 7 anyway, a secure-erase (the built-in drive command, not some crappy utility algorithm) will restore the SSD to a pristine state.

I am using Windows XP SP3 with multiple boot partitions. I chose the install option that said I am using multiple partitions (the second one down). The install then asked if I wanted to stop System restore to apparently free up some disk space. Obviously I said no (they must be kidding if they thing I trust them !!). When it got to the end of the installation it said that it needed to restart the machine so I sat there and waited and waited and waited. Nothing !! So I gave up and restarted the machine myself. When it came back I expected to see some hint that it was doing something. Again nothing. The only way to tell if it had installshield was to check the menu which showed there was a system tray component - It was not visible.

Ok, so I go to uninstall it. It asks am I sure and I click Yes. It then sits there without providing any progress about the uninstallation and finally it finishes.

So, I reboot and install it again. Yet again it does not automatically restart the machine - BAD Programming !! I again do this manually and this time when it restarts I can see the icon in the system tray. And so what do I do now ? How do I get to the screen that requires the product id etc as described in the readme.txt file.
I simply could not. Clicking on the tray icon caused it to exit and disappear. Choosing it from the menu re-ran it. BUT I could not get the other exe to run, the hourglass would briefly appear and thats it. No message nothing.

Using msconfig I could see that there were two services running but there was noting it task manager.

I have now permanently uninstalled the program. I do not trust it one bit - it is really USER unfriendly !!!!

Question: What happens if you have more than one OS? I tried similar protection software by Comodo and it really didn't like the fact I have BOTH WinXP and Win 7, nor that Windows 7 WILL change your drive letters, so that if you install it on D: when you boot into 7 it will show the drive it is on as C:

So how does it handle dual boots? I'd really hate to risk trying this only to mess up my install, and it takes about 4 HOURS for a backup with my 1TB USB drive, so I really don't want to take a chance or waste hours on something that likely won't work.

Magnifier Flash
Just pick your iPhone to transform it instantly into a magnifier glass with torch light.
$0.99 ➞ Δωρεάν σήμερα

Easy Spending Budget
The most simple and convenient to use expense tracker on the go with easy gestures and cool animations.
$1.99 ➞ Δωρεάν σήμερα