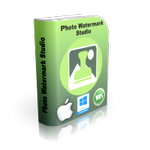 Hello Mike, (Comment #2)... I was happy to see your comment this morning. I have been in the habit of scanning through the comments daily to see your comments on the software being offered for that day. However, after being a prolific commenter here for such a long time, for the last several months you haven't had much to say. In recent times your posts have been infrequent and much shorter—still helpful, but not nearly as detailed as had been the norm for you. I can say that you had been as much of an asset to this site as the venerable, long-time poster Ashraf had been in days of old. Yes, I know Ashraf has been commenting here again recently, (actually it's been his protege Justin), but it's still not quite the same.

Truth be known, I'm concerned about you Mike. Of course I don't know you personally, just through this site, but in a strange kind of way I feel like I do know you. Quite sometime ago, I recall an exchange between you and Fubar, where he had unjustly criticized you for self promotion. However, you pointed out that you had never linked anything in any of your posts to any other web page that could have benefited you. Also, it was mentioned that you had some kind of unspecified disability. (In Fubar's defense, he did apologize). That revelation about you having some kind of disability is what has haunted and bothered me ever since it became apparent to me that you were posting only very sporadically and then only briefly. Long time visitors to this site, certainly remember your very in depth, helpful posts. Also, you would come back later and address 'one by one' all the questions and problems others were having. And I would like to add, you always did it in a very polite, non condescending way. It is very obvious that your knowledge of tech related information is immense and you were always willing to take the time to share it with others. I for one, am very grateful for all that I learned from your comments. I hope and pray that you are in good health Mike.

The software downloaded and installed without fuss or hidden nagware / malware and the registration code arrived well-nigh instantly. At installation, the ever dependable WinPatrol flagged up that the program, or aspect of it (probably the updater), wished to run every time this computer is booted up; I simply told WinPatrol not to allow that. Job done.

Test 1: The first test was of a 16-page A4-size mixed portrait / landscape PDF file consisting of text and images. No text was embedded in any image.

Result: The software performed better than earlier efforts by Wondershare and considerably better than many rivals. Although it converts only to Word docx -- which I don't have, there not being the slightest reason to upgrade from my 12-year-old Office 2000 -- it was a simple matter to take the Wondershare read-only output file and save it as a .doc. Any poster here complaining about the docx conversion ought to try 'Save As' first.

The converted file was almost, though not quite, a mirror image of the original Word document source file, used in this test for comparison purposes. There were no problems with line breaks, clarity, accuracy or text / image positioning.

Yes, the conversion did mismatch the original font -- a commonplace weakness in this kind of program -- by generating output text in Segoe UI. But it was a simple task to alter that back to the original's Calibri font.

Note: if your Word program is set up to show inter-word spaces, then this program will, like many another, misrepresent Microsoft's formatting mark as a small circle. The circle is a visual effect only, not a text imprint. If it bothers you, just uncheck the 'spaces' option in Word/Tools/Options in Word 2000 or wherever it might be in later versions.)

The original Word source document was unusual for the way it mixed portrait A4 with landscape A4, and thus challenged this software's ability to contend with page orientation. The output file, however, managed the portrait/landscape mix with complete accuracy, and it was only when it was then re-converted back to .pdf using the excellent Bullzip freeware:

that a glitch occurred. Bullzip rendered every page in portrait, not landscape, so that the original landscape pages appeared with all the images but none of the text: just white space.

It should be noted that this isn't necessarily a fault of the Wondershare program but, as said, of a mismatch. A different pdf printer may have coped better, and an actual hard copy print-out -- which I didn't attempt -- may well have emerged exactly as it should. But this is a minor quibble: if one is seriously going about the business of editing a pdf, then actual editing software -- not conversion software alone -- is always going to be required.

Verdict: Wondershare did extremely well in this test. Not many people actually vary the page orientation within the same Word document -- I have friends who even now still can't figure out how this simple job is done in Word's Page Setup -- and so the conversion here, the Bullzip/Wondershare mismatch notwithstanding, was very good indeed.

Test 2. One of the more common problems with most pdf conversion software is that of the text / image ratio: there's a point at which things go disastrously wrong because there are, in essence, too many images on a page and too much scattered text.

Not unexpectedly then, a 16-page A4 pdf with two or three images of different sizes per page, complete with interspersed text in varying fonts and sizes, was converted by Wondershare into a 16-page docx file. . . with no text whatsoever.

This has happened with earlier versions of this software but is by no means a failure exclusive to Wondershare. However: the phenomenon is not necessarily consistent and in any event is related to the construction and setting of the original Word doc from which the pdf has been made.

Verdict: too great a mix of, and variation in, images and text in a Word-based pdf file seems likely to defeat this software.

Test 3: For this test, a tourist brochure which I know to be complex of design was downloaded in pdf guise from the Net:

This is a beautifully designed document and represents a significant challenge to any pdf conversion software.

Verdict: Outstanding. The Wondershare software produced an output file which 99% faithfully represented the complex graphics and text settings of the origional .pdf. It failed -- predictably -- to handle some, though by no means all, of the instances where designer-style text was embedded in a scrolled graphic, and it also couldn't quite catch up with one of the maps.

In all other aspects, however, the conversion was stunningly good and one of the best I've ever seen of a downloaded brochure of this complex nature.

Verdict overall: Today's software is well worth downloading and trying for its PDF to Word abilities. The performance failures mentioned above aren't deal-killers (not that there's any deal to kill here anyway: free is as good as it gets.) I usually worry about re-installation costs but to be honest, it'll take a major breakthrough for today's program to be able to significantly improve in the areas mentioned, so worrying about updates seems pointless.

The program itself is minimalistic and no, I haven't tried the Excel, Powerpoint, HTML and ePub conversion settings because they're of no relevance to my particular needs; others can as easily test those aspects of the software and place a review here as I've done of the PDF to Word facility.

Thanks, GAOTD, and congratulations to Wondershare: compared to earlier outings of its pdf conversion software, this seems to be the best yet in PDF to Word processing.

#13, Mister Lee, the person that you're thinking of is mike, not Mike, and he doesn't post here any longer. I rarely post here, there's not much point. GOTD doesn't care about the very heavy vote manipulation or people pushing freeware, they only care about number of visitors. It's not mike, but Ashraf who drives GOTD traffic to his own site for the sole purpose of generating revenue. I disagreed with mike about a lot of things, but not that.

Nice program. Improved quality over it's previous version (3.06), such that it now converts as accurately as the Wondershare stand alone program, PDF to Word. The ability to convert to several formats (word, ppt, excel, epu, etc.) is very useful, and it does as good a job as any other I have tried, with a little less accuracy than the online converters. This is a keeper!

Very good tool today with a clean and intuitive GUI and the "drag & drop" method to import your Pdf files.

Big PROS: Can convert a PDf to Word/ Excel/ PPT/ EPUB/ HTML/Text /Images in one unique solution (usually you need different tools to perform such a conversion)

Big CONS: I was not able to convert images and tables of a PDF file of mine to the DOC format: did I miss something?

Overall I give it a THUMBS UP!!

* PdfMate Converter
It turns PDF files into WORD, ePUB, TXT, JPG, HTML and even SWF flash video. But it can also modify some PDF properties.


Personally I prefer a tool which can convert an EPUB, MOBI, TXT, HTM and RTF file to PDF documents (for FREE of course...LOL!): how about you dudes??

And I also find more useful a FREE tool which allows me to convert my (excel) spreadsheets to PDF files, preserving my hyperlinks as well, rather than the opposite, with the additional ability to embed a creative commons license in my final PDF file output: too good to be true? Of course NOT:

iAR - Augmented reality player
Use this APP to virtualize a player similar to a TV.
$1.99 ➞ Δωρεάν σήμερα

Czech-Russian dictionary
It’s the best dictionary for travelers, students, teachers and for all people who want to learn Czech and Russian.
$0.99 ➞ Δωρεάν σήμερα

Q-Limits
This App was created to make your trip easier.
$4.99 ➞ Δωρεάν σήμερα