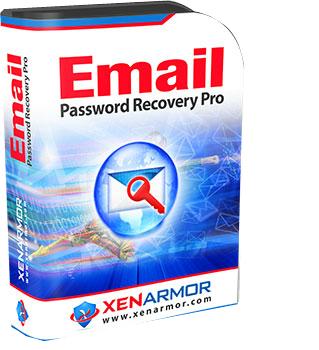 The Reincubate Video Converter can convert (transcode or reencode) audio and video files from one format to another. It converts video and audio files from/to WAV, MP3, CAF, AVI, FLV, DVD and more formats, for use with iPhones, iPads, iPods, Android phones, BlackBerries, Archos, Zune and Sony PSP.

The DMG Extractor can extract DMG files as used by Apple computers on a Windows PC. The software works with all types of DMG files including Raw, Zlib, Bzip2, and Zero block type DMG files. The DMG Extractor can open a wide variety of Disk Image files and encrypted .dmg files as used on OS X, without having to first convert them to ISO or IMG files. Recommended for Windows user to help extracting dmg ipsw files, accessing iOS root files, Mavericks and day to day dmg archives.

The iPhone Backup Extractor is the market’s first publicly available application to help people recover data from iOS iTunes backups. The software is used to read iTunes backups when the iTunes restore process is not successful, to recover data after losing a phone or corrupting a backup, after accidentally deleting data from the iPhone, iPad or iPod device, when an iOS update process fails or simply for viewing data extracted from an encrypted iTunes backup. Works with all iDevices and iOS, including iOS 7.

If your BlackBerry has been stolen, lost, broken or BlackBerry Desktop Software fails to load your backups, the BlackBerry Backup Extractor application can open, retrieve and convert your data. The software can extract data stored in .BBB and .IPD backups easily and automatically, including v2 .BBB files and encrypted formats. Only one click is needed to extract data through its simple and easy to use interface.

awdit software helps improve performance on your Windows PC and fix errors that lead to PC freezes and crashes. awdit will notify of driver updates available, clean your registry, free up disk space, and allows control over startup programs with the the startup manager. You can clean your registry of invalid or redundant entries to help your PC performance. awdit will also clean temporary Internet files and empty the Recycle Bin.

Ashraf, come on. I love ya, and I understand your obsession with being able to create bootable/recovery CD/DVD/USB. But that's NOT necessary when all that happened was someone accidentally deleted their wedding photos or their favorite Jethro Tull playlist and then emptied the trash. That seems to be what this program is for, not catastrophic disc failures.

An extremely basic recovery program as reflected in its price.
My drive has three partitions and it offered me a choice of which to scan, it also offered me a choice of file type. These are very basic such as pictures, documents, e-mails etc.
The initial scan was extremely rapid it only found eight files on my two gig drive which is my programming drive.
In settings I set up for deeper scan and for type selected pictures and it found a considerable number of GIF files and a few PNG files but no .JPG files or BMP files that have been deleted.
On checking documents on the same drive it did not find any of the PAS files that I would have expected.
Of the files it does find no preview is shown instead just a minimal amount of information.
As it missed so many of the deleted files I know existed on this drive it is obvious that a considerable amount of development work is required before it even compares with freeware recovery options.
.

I want to emphasize what Ashraf says in post #1:

Even the most effective file recover utility does not make any good if it cannot be launched at boot without starting Windows.

That has nothing to do with the utility but to the way Windows works.

In fact, even to most trivial action you do, Windows keep rewriting on any "empty" space making the content of what theoretically can be recovered absolutely unuseful!

Remeber: using Windows, any kind of files/data recovery has to be performed outside of the opering system and to maximize your chances for a succesfull recovery of your data/files you need to stop immediately what you are doing and recour to a bootable/recovery CD/DVD/USB - as Ashraf said.

@Matt (currently #3)- when (like most people) you don't have this program installed before you accidentally delete your wedding photos or Jethro Tull playlist, installing it may accidentally overwrite the deleted files and make it impossible to ever recover them using any software, not only this. The first step after an accidental deletion is not writing anything to that partition. That's why software without bootable media is of limited use.

Hi Jimsock (@#8 comment)! I'm Alex from Reincubate. Sorry to hear that you have had problems in running and installing the software. Our software installer has been wrapped with the GOTD one, but still it should be very easy to run and register the app. You need to download,extract the zip file (all files in the same location), run the Setup and follow the steps: type in your Name and Email to be emailed a giveaway registration key. Note that the giveaway limitation is one key per one email only. Then, Install the software as you normally would.

Our experts support team is ready to help. So, why not contact us and we will help you get up and running in no time. Cheers.

Megalodon
Dive deep into the ancient seas to learn about the biggest and the most terrifying shark.
$0.99 ➞ Δωρεάν σήμερα