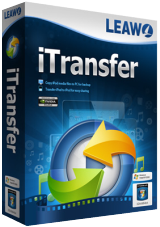 Plato Video to iPod PSP 3GP Converter is a powerful and useful program. it is a all-in-one professional mp4 converter software, designing for anyone who wants to enjoy movies on the portable video device such as iPod, PSP, Cell phone, Xbox, PDA, Pocket PC, PMP.

Match Attack!
Make matches quickly as the board fills up and rises to the top.
$1.99 ➞ Δωρεάν σήμερα

The Firm
THE FIRM, first game developed by a small swiss indie team, is a twitchy fast-paced ARCADE video game where you work as a trader inside a...
$0.99 ➞ Δωρεάν σήμερα

Baby Games for 1-5 year olds
My House is an easy to understand and exciting application for early development of children 2-5 years.
$2.99 ➞ Δωρεάν σήμερα

Galaxxy Idols PV: Dress Up and Runway
Galaxxy Idols is a real-time dress up game that will challenge your fashion creativity in becoming the next space idol.
$3.99 ➞ Δωρεάν σήμερα

Dead Bunker II
In this game you are going to be a mercenary who does every work he sees!
$0.99 ➞ Δωρεάν σήμερα
« Advanced Font Viewer Spyware Remover »