Giveaway of the day — Paragon Backup and Recovery Compact Edition 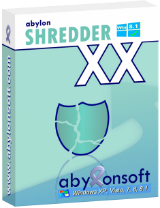 If you're curious or concerned about the download size of Paragon's backup apps, once installed they *typically* take up roughly 120MB, but 60MB of that is the bootable CD/USB rescue disc image, & an added 40MB goes to html files used for example by the built-in [& pretty complete] help.

There are plenty of backup apps out there, but only Paragon & Acronis make it to the top tier -- Acronis will set you back $100, is geared much more towards corp IT than any individual or home user, & doesn't match Paragon's feature set. [In all fairness Seagate does provide a stripped down, Acronis backup app for their customers, so if you have 1 of their drives installed -- it checks -- it is possible to get a minimal version for free.] EASUS does make a Very good partitioning app, but their [always free] backup solution is almost unusable. Lately [at least here in the US] companies are starting to advertise backup to on-line storage, which is good for critical data *if/when you trust their security*, but you need much more than the average broadband bandwidth if you expect to use it for more than critical data files.

If you're not familiar with the way backup software works, it all boils down to two different types: file backup [copying files somewhere else], & using a disk image [an exact copy of all the ones & zeros stored on your drive]. Now data is stored in 1s & 0s, & the OS [Windows, *nix etc] translates those into the individual files that makes or allows everything to work. Making/restoring an image backup skips that translation, presenting both pros & cons -- in a nutshell you *have* to do that translation sooner or later, & when you do it *might* cost you... Most of the time you're backing up as a precaution, so the increased speed creating an image file is a Big plus. Being faster helps when you're restoring a complete backup, moving [&/or cloning] to a new drive/partition, & based on 1 large file [that can be split over several DVDs], backup images simplify managing backups you've stored, while often taking up less space. On the downside, while Paragon Backup software can handle it, when/if you only need some of the files in a backup image, it takes more time & effort than simply copying those files from one place to another -- with a file backup it's not such a big deal because while they're usually compressed, individual files are still stored as individual files, with no added translation from 1s & 0s necessary... to restore a single file from a disk image, you have to *mount* that image [essentially restore it to a real or virtual drive], & then copy whatever file(s) you need.

Backup software features...
Paragon [& many other] backup apps allow you to do *Incremental* [Paragon calls it differential] backups... that means backup just the changes since the last time you backed up. For file backups this can sometimes be a time-saver -- for image backups not so much... that *translation* I talked about is necessary before files can be compared to see what's changed.

I normally just restore an image backup wherever I need it, so why have or use disk/partition copy?... If you have a LOT of data/files to copy or move, it can be faster [no translation -- just 1s & 0s] [you can also use apps like the free FastCopy]. NTFS [the newer, better Windows file system] adds a new twist if you have drive problems... even if it's wrong, even if it's been fixed, NTFS will remember, *Never Forget* any & all drive sectors that were marked *Bad*. THAT can cause problems when you go to use partitioning & defragging software etc. When you clone a drive [e.g. restore a backup image] that bad sector info's cloned right along with it. You can either copy that drive/partition to another drive/partition, & optionally back again, or go through a bunch of steps in Linux, or hard format the drive/partition & start over. [Note that drive/partition copy is not included in today's GOTD]

Moving a lot of data, whether as files or 1s & 0s, happens *much* faster in a 32 bit, Windows-like environment. Would you rather spend roughly 1/2 an hour restoring a backup, or 3, 4 hours or more? And how much would you want or like that?... the answer determines whether you'll want to setup a bootable Windows-like environment, or upgrade to the full version Paragon software that includes their WinPE recovery environment. If that sounds too much like a sales pitch, I sincerely apologize -- I'm impatient, & won't/can't tolerate the long wait, but for many [maybe even most] it's not that big of a deal, especially since hopefully [knock wood] they'll never have to go through it anyway.

While there are many more features listed in the comparisons on Paragon's site, those are IMHO the most relevant to the majority of users -- if you're concerned about viewing/editing sectors you're not likely to have read this far anyway. ;-) In real-world use, & FWIW, I keep & use Acronis' free tool from Seagate occasionally when/where I want to do some stuff fast outside of Windows. I use EASEUS Partition Master when/if I want to do something without effecting the rest of Windows -- Paragon adjusts Windows for what you're doing, & recently when I copied a partition to another & back [that NTFS bad sector stuff], I didn't want/need it to. I use Paragon for everything else, & haven't found or had a problem.

To install on a 64-bit system, look right above the Technical Support: heading for the following link description:

If you are x64 system user, please follow the link here

Paragon always does this by having two different programs - one for 32-bit and the other for 64-bit.

Quote from product description by GOTD:

If you are x64 system user, please follow the link here
http://files.giveawayoftheday.com/ParagonBR10_x64.zip

Please note: WinPE CD is not included into this GOTD!

Boundary!
A game about precision and timing. Can you make it past 100?
$0.99 ➞ Δωρεάν σήμερα

Touch Search - The Most Efficient Way to Search
No retyping same keywords on every search engine.
$1.99 ➞ Δωρεάν σήμερα