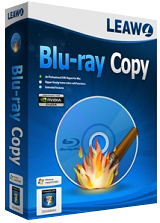 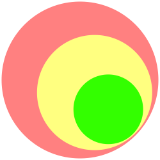 This is one of very few solutions that should work for you to backup the Blu-Ray discs you've bought, with one caveat -- Cinavia protection is becoming more common, even appearing on some DVDs, & that can give you problems. As it's embedded in the audio track, there's generally no removing it. You can use an older [pre-Cinavia] Blu-Ray player, use a media player box, play with a PC/laptop using Leawo's Blu-Ray player [free]. DVDFab can remove Cinavia, but only for few select titles. At any rate, if you want to backup your Blu-Ray discs, something to consider.

Why back up your Blu-Ray discs? The tiniest of scratches, something you have a hard time seeing reflected with a strong light, can if parallel to the tracks render a disc useless. The same sort of thing can & does happen to DVDs, but I've seen DVDs that looked terrible still work, while a Blu-Ray that looked pristine failed [you really had to look hard to find the scratch].

Other things to consider...
I've had very poor longevity from Blu-Ray drives -- the one from LG that I have now is a warranty replacement because the original lasted less than a year. You will need a Blu-Ray drive to read the discs on your PC/laptop. I've had drives fail to read some, then all discs as they started going bad, or I've had them burn discs that nothing would read, including the drive I used to burn with. So if you have a problem with Leawo Blu-ray Copy not reading discs, or with a copy you've burned, I'd suggest looking at your drive 1st rather than blaming the software.

Something else to be aware of, I've seen loads of reports of burned BD discs going bad, sometimes in a matter of a few months. I haven't seen it personally, but I've read too many complaints to feel good not saying anything.

On shrinking DVD & Blu-Ray discs...
My personal feelings, totally FWIW, are why bother? If I buy a Blu-Ray disc, it's because that's the highest quality, highest bit rate video I can get my hands on legally. Because of that it would be illogical to reduce the quality to what I can get from Amazon or Netflix streaming, or perhaps even cable. It doesn't make sense to me as long as I can buy dual layer BD blanks for ~$2 each on sale, but that's me.

Do be aware that re-encoding 1080p AVC can take a while -- at decent quality settings real time speeds, i.e. 2 hours for 2 hours of video, are great on a fairly powerful PC; higher quality settings or lower power hardware can increase that time considerably. DO note however that mpg2 is also part of the Blu-Ray spec, requires Much less horsepower, & is much faster, so if you must shrink Blu-Ray video, maybe that'll help.

When it comes to DVDs, DVD video maxes out at a bit rate of 9-9.5, but the video *should* be mpg2 VBR [Variable Bit Rate], so you go by the average bit rate instead. An average bit rate of 8 looks very good, you see an acceptable decrease in quality at 6, 5 may be OK, & 4 is pretty much the lowest you can go & still have something watchable. At ~6 you'll get 1.5 hours of video on a single layer DVD -- at ~4 you can fit 2 hours.

Once you use Leawo Blu-ray Copy to put a DVD on your hard drive, you can use the free Media Info [videohelp[.]com] to see the video's average bit rate, as well as the length of the movie, & decide whether it's worth shrinking or not. It's not difficult to burn dual layer DVDs [just use ImgBurn], but the blanks are sometimes harder to find & have gotten pricier.

That all said, there's a very good chance that if you only copy the movie & the 1 sound track you want, a DVD or Blu-Ray title will fit on a single layer blank as-is. And if not, there's a great chance, particularly with Blu-Ray, that using another format for the audio track will make it fit. DVD quality AC3 5.1 may be 400-500 MB if I remember correctly, the same track at Blu-Ray quality AC3 5.1 might be somewhere around 700MB, while the full tilt DTS original might be 2-8GB, & of course MP3 or AAC would be smaller than AC3.

Before I registered this my Leawo DVD Copy (from a previous giveaway) had 444 days remaining on my subscription. After I registered this my DVD Copy had reverted to a trial. A system restore seems to have fixed the issue but it would be nice to be able to have Blu-ray Copy without it affecting my existing Leawo programmes. Ah well... I'm sure I must have one or two other Blu-ray copy programmes from other giveaways and more will come.

Will it work with DVD drive or do i need BluRay drive in my PC to use this
software?

"Will it work with DVD drive or do i need BluRay drive in my PC to use this software?"

Both DVD & Blu-Ray drives are available as internal or USB external drives. Do Note that the USB interface used with external drives may not always be compatible with your PC/laptop/other device, so if you buy one, make sure you can return it as necessary. Note too that these external drives normally get their power from the USB ports, & may need to be plugged into 2 USB ports to get enough, so depending on your PC, laptop etc., you may also need a [maybe powered] USB hub.

Fiete
In this interactive picture-book, children between 1 to 3 years can explore Fiete’s island.
$2.99 ➞ Δωρεάν σήμερα

Merge Battle Plane - Idle & Click Tycoon PRO
Get ready to lead the fleet of spaceships and fight against enemies throughout the Milky Way.
$1.99 ➞ Δωρεάν σήμερα

GET HER BACK: Adventure & Shooter At It's Best
Unique action platformer experience while preserving the old arcade and retro flavours.
$0.99 ➞ Δωρεάν σήμερα